Since IndoSterling Group’s establishment, these four pillars of Finance & Capital Markets, Technology, Consumer Sector and Business Support Solutions have continuously reinforced one another to create a strong foundation and platform for further growth, both for the Group’s own products and services as well as its partners and clients.

Leveraging these capabilities, the Group is able to offer end-to-end growth and financing support, from startup to IPO or other exit as desired. Clients can access IndoSterling’s financing and advisory services, information technology support and expertise, and consumer sector know-how, all at one credible and knowledgeable source. We have successfully accelerated multiple clients’ businesses to grow and tap capital market funding, for example.

Besides establishing good businesses that add value to the economy and create jobs, these portfolios enable us to derive insights that we then apply for the benefit of clients.

IndoSterling Group: dedicated to opening up possibilities in Indonesia.

To identify and realize promising investment opportunities in Indonesia, and thereby create value for shareholders and stakeholders as well as support the development of the business ecosystem and economy in Indonesia. 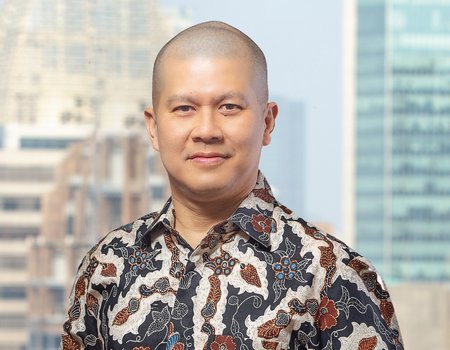 William Henley has more than 25 years of entrepreneurial and capital markets experience, and was previously nominated as a Director of the Indonesia Stock Exchange, where he gained intimate knowledge of Indonesia’s market regulations, opportunities and challenges. He earned a Bachelor of Business (Banking and Finance) degree from Monash University in 1995. 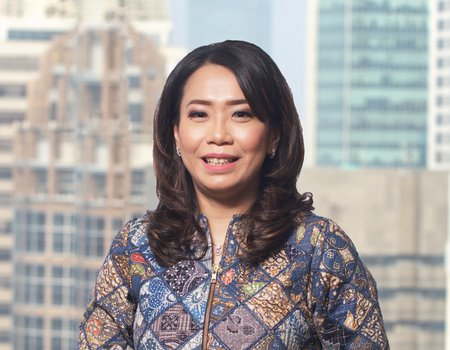 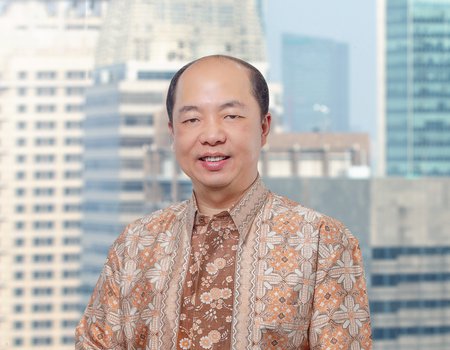 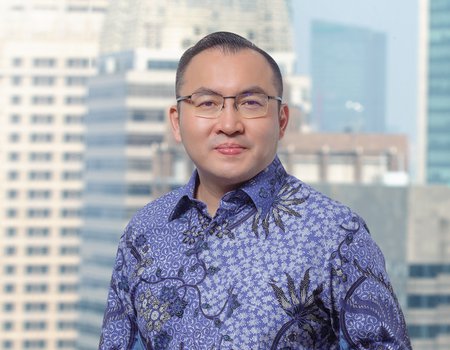 Erik Budiman has more than 15 years of international experience with capital markets. He is concurrently the Director / Co-founder of PT IndoSterling Citra Corpora (iRadar) (2016-present). Previously, he was a Senior Manager and Group Head of Investor Relations at AKR Corporindo Tbk (2014-2016), a Senior Associate for M&A Advisory Services at Kennedy Needham Corporate Advisors in Melbourne (2009-2014), a Senior Associate for Institutional Sales & Trading at Saxo Capital Markets in Singapore (2006-2009) and an Associate at KPMG Singapore (2004-2006).

He earned a Bachelor of Commerce from the University of Melbourne in 2003, followed by a Master of Practicing Accounting from Monash University (2004). He also earned a Graduate Diploma in Applied Finance & Investments from Kaplan Higher Education/FINSIA (2004), as well as a Diploma of Financial Services (Financial Markets) from Kaplan Professional Australia (2008) and a Capital Markets Financial Advisory License IBF Singapore (2006).

He earned a Bachelor Degree in Mechanical Engineering from the University of Trisakti, Indonesia in 1996, followed by an MBA degree in Finance and Artificial Intelligence at Southern New Hampshire University, Graduate School of Business, New Hampshire, USA in 1999. He also attended an Executive Education Program / Leadership Development Program at National University of Singapore Business School, Singapore in 2014. 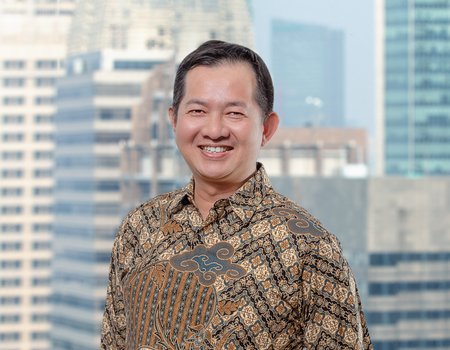 He earned a Bachelor degree in Accounting Economics from Atma Jaya University in 2002. He also participated in an Investment Manager Representative Capital Markets professional course by TICMII in 2017. 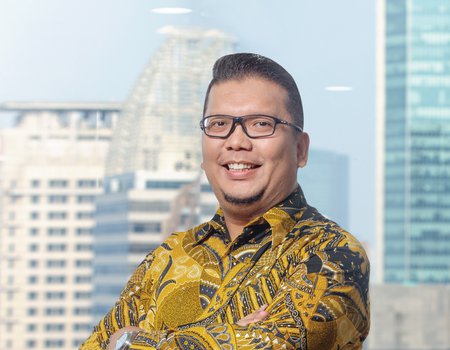 Fitzgerald Stevan Purba has over 15 years of experience in finance. He holds an Investment Manager Representative license from OJK (since 2016). Previously he was at PT Mega Asset Management as Head of Investment & Research (2016-2018), Deputy Head of Investment, Head of Equity Desk (2015-2016), Portfolio Manager (2012-2015) and Research (2011-2012). He has also served as Senior Investment Officer at PT Perusahaaan Pengelola Asset (Persero) (2009-2011). He began his career as a Senior Trade Manager at PT Bumi Inti Perdana in 2004.

He earned a Bachelor degree in International Economics followed by a Master degree in Finance from Universitas Indonesia in 2004 and 2018 respectively. 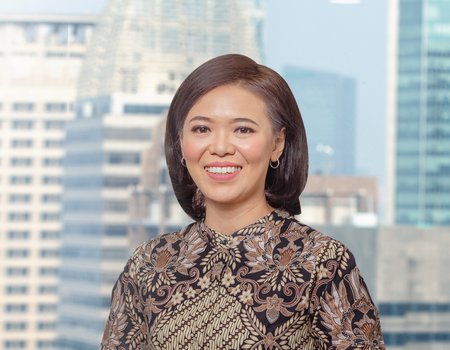 Ferina Tanzil is a licensed Asset Investment Manager Representative by OJK. Previously she was Head of Operation (2013-2018) and Head of Settlement (2010-2013) at PT Millenium Capital Management, and a Trader at PT Prospera Asset Management (2010-2013). She began her career as a Junior Auditor at Hans Tuanakotta Mustofa & Halim (2002-2013).

She earned a Bachelor degree in Accountancy from Atma Jaya Catholic University Jakarta in 2002. She also participated in the Global Investment Performance Standard (GIPS) seminar held by APRDI in 2016. 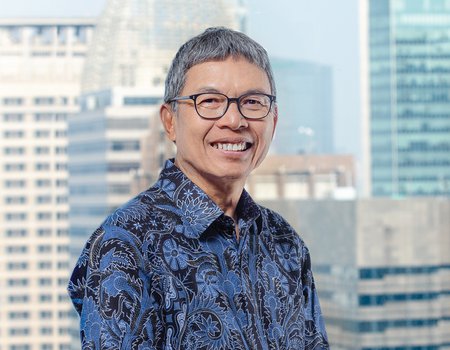 Drs. Abraham Bastari was previously President Commissioner at KPEI (2016), Deputy Commissioner for IB Strategic Management and Deputy Commissioner for IIA Strategic Management at Otoritas Jasa Keuangan (2013-2016), President Director of PT Berdikari (Persero) (2003-2013). He also held many senior positions at Bapepam-LK, Ministry of Finance including Secretary of the Organization, Head of Internal Compliance Bureau, and Head of the Inspection and Examination Bureau. He began his career at the Ministry of Finance in 1995.

He earned a Bachelor degree in Industrial Psychology and Organization from Padjadjaran University Bandung in 1984, and an MBA from Cleveland State University, Cleveland USA in 1993. 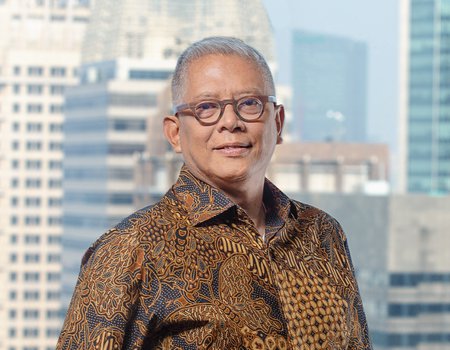 He earned a Bachelor degree in Architectural Engineering from the Parahyangan Bandung Catholic University in 1988 and graduated from TAPLAI from the National Resilience Institute (LEMHANAS) of the Republic of Indonesia in 2018. He also took his CFA certification in 1990. 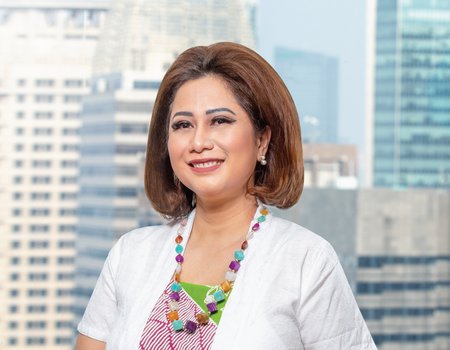 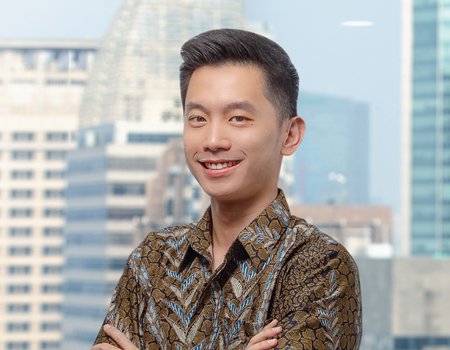 He earned an Associate degree in Business Administration from Diablo Valley College, USA (2006-2007) and a Bachelor degree in Finance & Marketing from the Kelley School of Business, Indiana University (2007-2009). 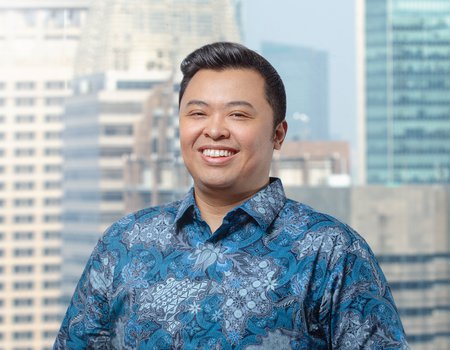 Yoas is responsible for product architecture, implementation and operations at IndoSterling Technomedia. Previously he was a Senior Software Developer at Flight Focus Pte. Ltd. (2009-2010). He has also been involved in various IT projects such as a social business platform called Tapestrix, a social media monitoring company that focuses on keyword sentiment monitoring, an aircraft flight tracker called Flight Following and Flight Planning. He earned a degree in Informatics Engineering from STT Telkom Bandung. 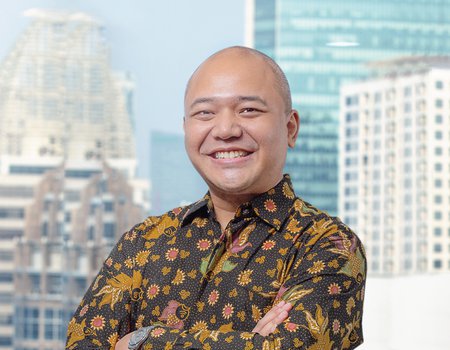 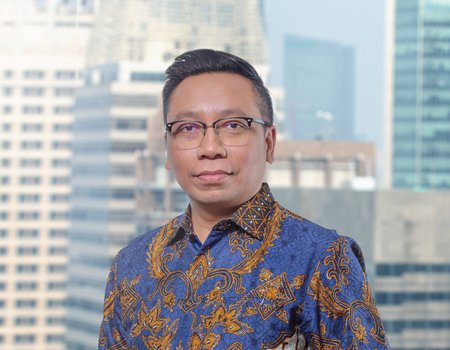 Dody Rochadi has built up a significant body of experience in corporate communications including in the areas of financial communications, crisis and issues management as well as public affairs/government relations. He has provided consultancy services to C-suite levels of large local and multinational companies for over 16 years. Some of his clients include: Bank Indonesia, AIG, AIA, Indofood, PT Sarana Multi Infrastruktur, Qualcomm and Danone. His last role was the Head of Corporate Affairs at Standard Chartered Bank Indonesia, where he spearheaded the Bank’s participation in the first ever Indonesia Africa Forum 2018 and World Bank-IMF Annual Meetings 2018.

He also has extensive experience in providing communication training to individuals and companies on media, crisis communications, public speaking and presentation skills. He holds a Master Degree in Communications from the University of Indonesia.

IndoSterling Group was established with the inception of IndoSterling Capital, offering comprehensive financial & advisory services to mid-sized corporates in Indonesia, and IndoSterling Technomedia, a technology holding company to oversee a variety of digital technology businesses.

The third line of business, PT IndoSterling Citra Corpora was established to offer investor relations services under the iRadar brand, in order to further enhance the services offered by IndoSterling Capital.

IndoSterling Group has always believed that corporate governance is essential for healthy and sustainable business growth. The Group moreover recognizes that good corporate governance adds value for investors and stakeholders, eliciting confidence and trust in our products and services.

We therefore ensure that all Group companies are in compliance with all relevant laws and regulations. All employees are expected to behave in an ethical and responsible manner, in alignment with the Group’s objectives of delivering long term value to its stakeholders and customers.

We offer an excellent learning environment with career path progression opportunities, competitive benefits, and the chance to join one of Indonesia’s most dynamic groups.